Also Available on These Platforms

NOBODY HATES TRUMP MORE THAN TRUMP: AN INTERVENTION  is perhaps the only genuinely original thing you have read yet about Donald Trump.

It can be read in a variety of ways: as a psychological investigation of Trump, as a philosophical meditation on the relationship between language and power, as a satirical compilation of the “collected wit and wisdom of Donald Trump,” and above all as a dagger into the rhetoric of American political discourse—a dissection of the politesse that gave rise to and sustains Trump. The book’s central thesis is that we have met the enemy and he is us. Who else but David Shields would make such an argument, let alone pull it off with such intelligence, brio, and wit, not to mention leaked off-air transcripts from Fox News?

How To Read This Book

As stated by the author, David Shields:

The way the book works for me is that you see all these Trump alter egos, substitutes, avatars (see the Frank Bidart point above). Every single person in the book, including occasionally myself, is meant to be a Trump surrogate. If you read the book the way I want it to be read, every moment in the book is connected by a spider web and every part of the web vibrates. 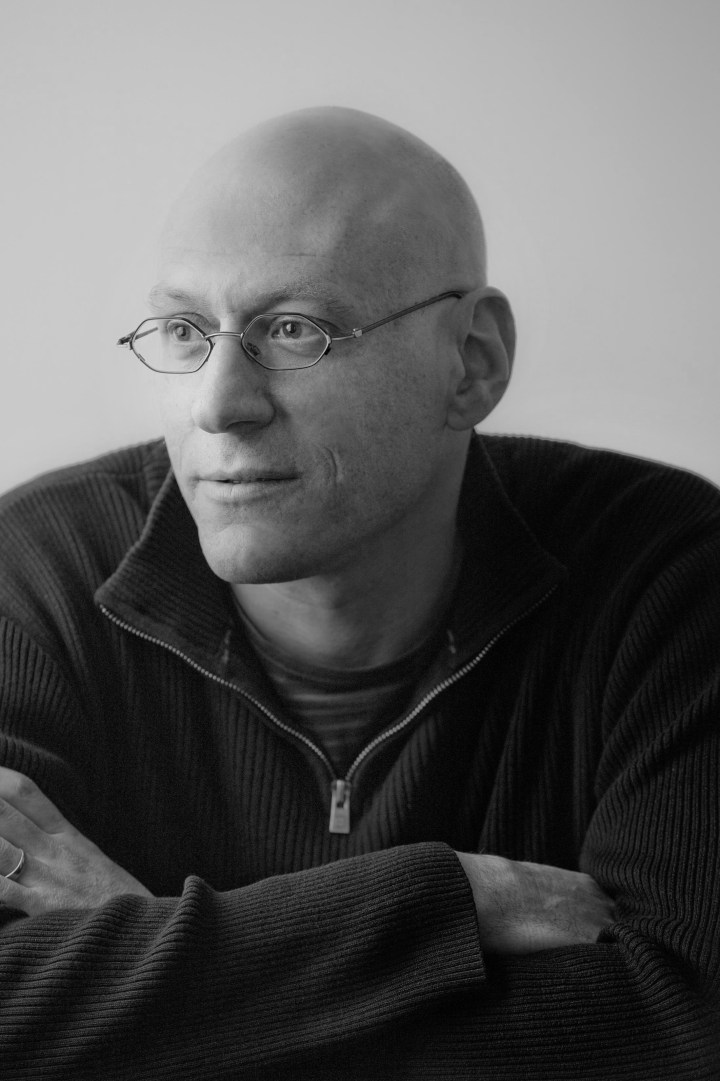 Jeff Simon, Buffalo News
“You’re unlikely to encounter another book so recklessly and unpredictably full of insight, even wisdom. Shields is the most exciting writer we have in America at the moment, the most startling and innovative.”

Neal McNamara, Patch
“Nobody Hates Trump More Than Trumphas something new to say.”

Moshe Schulman, The Rumpus
“A sobering, nuanced, and—at times—brutally funny—psychological investigation into why Trump resonates with all, even the people who hate him.”

Cathy Alter, Washington, D.C., Independent Review
“A mesmerizing study of power, how it isolates, how it infantilizes, how it amplifies our collective fears.”

Kirkus Reviews
“A compelling book offering something to offend nearly anyone.”

Brian Fawcett, Dooney’s Cafe
The best book, so far, on the political and cultural implications of Trump’s presidency. Shields nails what’s off-kilter and crazy about Donald Trump and the political psychosis he represents at least a hundred times, and in dozens of insightful ways. I’d love to draw out why this book is unique by extruding quotes from it. But it’s a web, and so loose and elastic that you have to read the whole to get it. Shields is one of those are writers who have evolved beyond the pastiche techniques of postmodernism. He’s done it by being at once fearlessly experimental and fearlessly himself. He has the widest range of curiosity of any American writer I’m aware of, and he almost never wastes your time. Commercial fiction, in America as elsewhere, has become far too slow-moving and it is getting slower as it puckers its lips to the nether parts of the marketplace more ardently. Most discursive and documentary writing isn’t much faster, clogged as it is by the need to sound authoritative.  Shields has now authored more than twenty books, and you’ll be hard-pressed to fit any of them into a genre. He’s getting better and more interesting each time out. The loads are heavier, and the velocity of meaning is greater. His uniquely ego-free deployment of self-reflexivity, gassed up by his native curiosity and acquired erudition, has moved the whole project of getting literary writing to the accelerated speed of daily life well beyond postmodernism. His self-reflexivity isn’t, as it has become with nearly everyone else, a calcifying style or academic posture designed to free him of commitment. It’s fully integrated, and thus his prose moves at the same speed as perception: able to become an accelerant to meaning. Shields is good enough, in this book, to earn the designation of being the writer most likely to be picked up and murdered should either right- or left-wing fundamentalists take power in the United States. This is a designation that hasn’t been conferred on an American writer since Philip K. Dick. What I’m saying is that Shields is that good. He is one of a very small group of true 21st century writers worthy of the tag, and I salute him as a master.”

“I wasn’t going to read it because I’m so tired of anti-Trump shit, but I love the book, agree with everything Shields nails about this moment. It’s the best summation of Trump I’ve come across. Such a relief to see someone get it. I was reading passages to my millennial Communist ‘Trump is going to kill us all’ bf, who didn’t say anything, just rolled away.” —Bret Easton Ellis

“Shields’s most ‘accessible’ book and probably his best. Impossible to put down—a polyphonic bricolage that is both absolutely of this moment and deserving of a burial in a time capsule to be opened at another age. The clinical depression of our current historical circumstances is never absent from these pages, but while reading them, one does so with exultation at seeing Trump and his era so exactly skewered.” —Jonathan Raban

“No other book approaches the man and the situation in quite this way: the problem isn’t out there; it’s in us. A book (deserving of a wide readership) for those who have a bit of trouble with the left and a ton of trouble with the right. I love the artfully and skillfully prismatic way it gets at the man and our collective arrival here.”—Whitney Otto

“This is indeed the manual for beating bullies that we’ve all been waiting for.” —Amitava Kumar

“As a person on whom nothing is lost, who goes on seeing after he shuts his eyes and never stops thinking, Shields has experienced the age of Trump at a level that many folks couldn’t bear. Here we have a record so rich in insights, reflections, and found absurdities that it is a model for consciousness under siege in any period, not just our own.” —Walter Kirn

David Shields is the internationally bestselling author of twenty-two books.

Login or Register to Write a Review

Only customers who have purchased this product may write a review.

Hint: If you checked out as a guest, register now with the same email.

It is okay if you are still healing into the person you want to be.

For updates and discount codes, sign up for our newsletter.

Get updates about sale events and new releases when you sign up for the Shop Catalog newsletter.